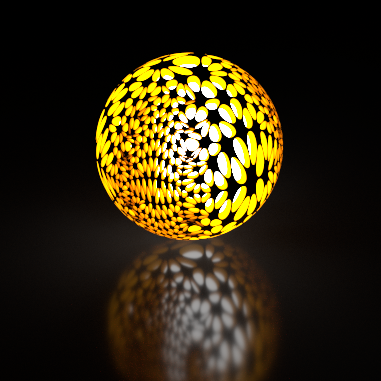 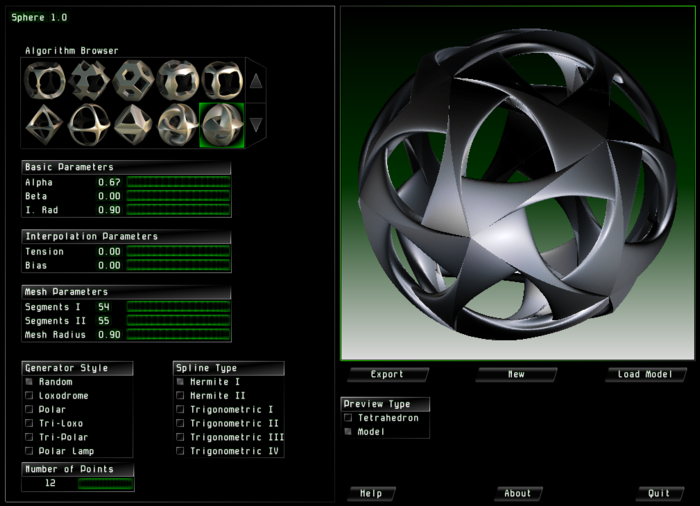 The Sphere Generator is an experimental procedural mesh generator that uses several algorithms and interpolation methods for generating a large variety of 3D spherical models. The resulting models can be exported in the STL format.

This program is available in the Donors version of Incendia.

This browser is used for selecting one of the various algorithms that Sphere supports.
There are two types of algorithms:

This control is used for altering parameters of the selected algorithm.

This control is used for determining the number of triangular segments used in the curvature interpolation, large values produces smooth results, but also a large number of triangles. Also, The mesh radius parameter determines the final size of the exported model. Since the export file format is STL, this value can be interpreted as Inches or Centimeters.